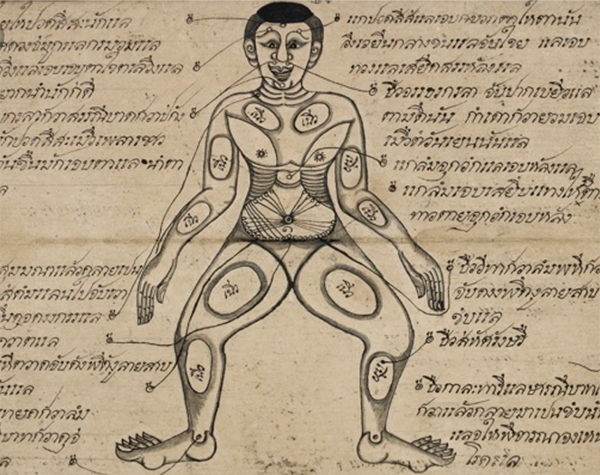 Time – 7.00pm – 8.30pm
(Finish time may be a little earlier/later depending on questions after the talk.

Sukshma Marma treatment enlivens prana.  Prana works on many levels of our being.

Prana:
Prana is the vital force of life. Present in all living being, it is what animates and maintains our life. ‘Pr’ means ‘first’. ‘Ana’ means ‘movement’. Prana has many functions – to initiate our fine feeling, to move the mind in thinking, to organise our senses and to move everything in the body. Other functions are to remove blockages, stimulate the function of internal organs and so alleviate everyday complaints, promote self-healing and harmonise mind and body, to improve energy, to tap hidden energy reserves and to connect with nature, life, Consciousness.

Consciousness:
If ever you have had a moment of sublime stillness, when your mind quietened to a lively Silence, where you were awake but absolutely at rest, then you have experienced your true nature, Pure Consciousness.
Wordsworth described it in Tintern Abbey:

‘That sublime and blessed mood,
In which the affections gently lead us on,
Until the breath of this corporeal frame,
And even the motion of our human
Rest suspended,
We fall asleep in body
And become a living soul.
While with an eye made lively
By the pure power of harmony,
And the deep power of joy,
We see into the life of things.

If you have been practicing Transcendental Meditation over the years you will have had this experience often. The absolute Reality of Consciousness as the basis of life will be clear and indisputable for you. Our bodies are changing, down to the last atom every 3 years, and our mind is constantly changing. But Consciousness is who you are and who you were, when you were two years old, and who you will always be.

Health:
Ayurveda clearly describes how from this field of Consciousness you conceive, construct, govern and become your mind and body. It starts when that Silent Stillness begins to move. This is prana – the first movement. This prana now goes on to move the feeling, intellect, mind, the senses and all aspects of the body. In the body prana operates in five modes as prana, udana, samana, apana and vyana. When these are functioning normally they not only give us excellent health, but they cause the body to enliven and express inner more sublime potentials. Ayurveda, by balancing the body creates health. This has profound effect to harmonise and integrate with those inner realms of which we are barely conscious.

Gross and Subtle Bodies:
Ayurveda is the ‘Knowledge of Life’ which deals with our nature from the perspective of ‘Anna Maya Kosha’. This is our ‘Body of Food’ – the outcome of everything we have digested.
The ancient Vedic tradition of knowledge (of which Ayurveda is the knowledge of health) described our reality in terms of a number of ‘Sheaths’ or bodies. First is the Body of food – our physical structure, which is the outcome of digesting food. The next level is Prana Maya Kosha and this subtle body is an energy field which encompasses our physical body or Anna Maya Kosha. Yet more subtle again, is the Mana Maya Kosha – the field of mind which encompasses the two preceding fields. This field gives rise to the Prana and Anna Maya Koshas using the energy from more subtle fields. One sheath or field that is subtler again is the Buddhi Maya Kosha, the field of intellect. It is this that discriminates our individuality from the more Universal Field of our Being. Above and beyond Buddhi Maya Kosha is Ananda Maya Kosha – the Body of Bliss. Yet again beyond this is Pure Consciousness, Transcendental Being, Silent Wakefulness, our Source, from which flow all these subsequent sheaths or koshas or levels of our manifesting life.

Prana Maya Kosha:
So, Ayurveda works from the physical level. A sister science in the Vedic Tradition is Yoga, which looks life from a slightly more sublime aspect, the aspect of Prana Maya Kosha. This is the sheath or energy that connects with Mana Maya Kosha, the field of mind. The yogic literature describes prana as centred in Chakras and moves in Nadis to concentrate in Marmas. Chakras are the most sublime of the three and are the reservoirs of prana which is manifesting from deeper levels and ultimately from Consciousness. From the chakras the prana travels in nadis. Nadis are the channels in the Prana Maya Kosh in which prana moves and flows. The prana flows to concentrate in Marmas.

Marmas:
Marma are very interesting. They are junction point connecting our body with these deeper layers. They are located in the body. The chakras and nadis are more sublime and not really located in the body (in the same way that your mind has no exact physical location). However, the marmas have distinct locations in the body. It is through all the marmas that life flows in to the body and this our prana on the move. Marmas govern the interface between the physical and subtle bodies and the interchange of energy and information between them.
Marmas are the junction points between body, mind and Consciousness. They are the seams between the Cosmos and the individual. Maharishi described them as cosmic switchboards, the human organisms’ cosmic control panels. In the marmas the primordial sounds of Consciousness are alive. Each marma is like a special instrument with its own individual sound in an orchestra that plays the symphony of life. Therefore, they are important for healing the subtle as well as the physical bodies. Using marmas we restore the proper connection between the subtle body (our internal energy, moods and emotions and Consciousness at their base) and the gross body – anna maya kosha. The result is increased health and vitality on all levels.

Marmas are not anatomical structures but areas in the anatomy where Consciousness connects with the body and coordinates its function. Marmas are the places where intelligence transforms into matter, into the body. Each marma is a holographic image of all the marmas – this means that all the information of one marma is also present in all the others. A marma is more an area than a single point. Marmas can hold negative emotions and nervous tension. By working with marmas we can control prana. Through prana we can bring healing to our motor organs, our senses, mind, feelings and eventually our entire mind-body complex.

108 Marmas:
The primary marma underlying all others is the junction between Consciousness and mind-body. Life flows through the heart. To be more accurate, life flows through the heart marma. In this stage of manifestation three great marmas are located in the middle of the body – Sthapani, Hridya and Bastil, with their seats of power in the head, the heart and the abdomen. Four other principle marmas support these – also located in the middle of the body – Guda (at the anus), Nabhi (at the navel), Nila/Manya (at the neck) and Adipathi (the ‘supreme ruler’ sitting at the top of the head). All other marmas are grouped around these seven. Prana flows initially from these to all the other marmas which each has its territory to which it supplies this life force.

The three great marmas are related to analytical thinking (head), emotion (heart) and instinct (lower abdomen). Also, they relate to kapha, pitta and vata. The 7 primary marmas are related to the 7 chakras on the more subtle level and the 7 dhatus or body tissues on the gross level. There are 107 marmas described in the ancient Ayurveda text of Sushruta. The great Vedic sage Maharishi Mahesh Yogi clarifies one more junction point or marma – that between Consciousness and the mind-body.

Sukshma Marma Treatment:
Our hands are full of marmas. This gives us the sensitivity to feel mentally and physically, informing the way we touch. Prana in the hands allows us to give love, through touch. It is this power by which we naturally treat and also heal ourselves and others in everyday life. Prana treatment uses gentle touch, along with aromatic oils. Suitable combinations of marmas are treated depending on the health disorder. Also significant is the right sequence in treating marmas.

So therapeutic touch is the main way to treat marmas. Touch is associated with the air element which is the main element of prana. Touch conveys prana. The prana from the practitioner affects the prana in the marma of the patient. At a deeper level prana carries the energy of love and Consciousness. So, mind and heart as well as the body are healed.

For best results, when coming for Sukshma Marma treatment, come fresh and well rested. Not after a stimulant like coffee or alcohol. As oils are used, wear suitable and lose fitting clothes. The changes that begin during the treatment can go on all day and so best to take it easy after and get to bed early.

Some quotations from the ancient texts of Ayurveda:

‘Marma is the seat of life’. – Sushruta Samhita.

‘While enumerating different organs and their parts in the body, vital organs ore described to be 107 in number. Of these according to experts in the field, three vital organs, viz., the urinary bladder, the heart and the head are the most important because they are the seats of Prana’. – Charaka.

A quotation from Maharishi:
‘Prana influences the whole body. All the marmas enliven the prana which nourishes the whole body. Like the neutral point in a magnet. Or the lamp at the door. They are the intermediary between Consciousness and the physiology. They connect the body and the Universe externally and they connect Consciousness and the physiology.’

Dr Donn Brennan was one of the first western medical doctors to
train in India in Ayurveda and has also completed an MSc in
Ayurveda in Middlesex University, London
He qualified in medicine in 1979 at UCD and then as a G.P. Since
1990 he has worked fulltime promoting, lecturing and consulting in
Ayurveda. He has featured in many newspaper articles and on radio
and television programmes. He was the founding President of the
Ayurvedic Practitioners association in the United Kingdom,
He has authored a book and CDs on Ayurveda and consults in
Dublin and London.