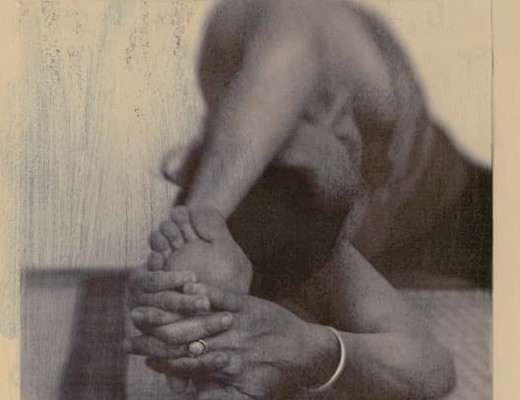 About:
This is a foundation course in Vinyasa Krama Yoga for students wishing to take up a personal practice, attend weekly classes or who are considering joining the upcoming Vinyasa Krama Yoga Practitioner and Teacher Training Course commencing in September 2020 at The Ananta Yoga Studios, Wicklow, Ireland.

The workshop is open to students of all levels of practice, stage of life & from all traditions of yoga and will meet everyone where they are at currently in their practice and life.

Vinyasa Krama is an art form of practising yogasanas, based on the parameters given in the Yoga Sutras. Sri Krishnamacharya taught this method of asana practice in which several asana movements or vinyasas are practised in succession, slowly and with synchronisation of breath.

In this workshop, you will experience an introduction to Vinyasa Krama, pranayama and the basics of meditation based on the Yoga Sutras. Srivatsa Ramaswami learnt this method during more than three decades of study with Sri T Krishnamacharya and taught for many years under the direction of his mentor. During his studies with Krishnamacharya, he learnt the full spectrum of asana and pranayama practice, Yoga therapy and had extensive studies of the important Yoga texts.

Each variation is linked to the next one by a succession of specific transitional movements, synchronized with the breath. The mind closely follows the slow, smooth, deliberate ujjayi yogic breathing; and the yoking of mind and body takes place with the breath acting as the harness.” ~ Srivatsa Ramaswami, The Complete Book of Vinyasa Yoga, Introduction p.xvii

Stephen Brandon has studied Yoga under some outstanding teachers from Sri T.Krishnamacharya’s lineage since 1999. He studied for the Viniyoga Britain Diploma with Ranju Roy and Paul Harvey from 1999 – 2007. During this time he attended workshops & trainings with TKV Desikachar and A.G. and Indra Mohan. In 2007 Stephen met Srivatsa Ramaswami and since then has trained extensively in Vinyasa Krama Yoga and Yoga Philosophy with Ramaswami in India, the USA and the UK.

Stephen Brandon is a member of the Complementary Medical Association and the Ayurvedic Professionals Association.

“Steve Brandon’s quiet determination is discernible in everything he does about Yoga – whether studying, practising, teaching or propagating this unique discipline. He has equal facility in both the practical and the philosophical aspects of Yoga which would help him to understand and teach holistic Yoga in an exceptional way. He has a strong foundation in Krishnamacharya’s Yoga, having studied under some outstanding teachers from Sri Krishnamacharya’s lineage. He has successfully completed my 200 hour Vinyasakrama Yoga program, and has taken part in a number of workshops and training programs in Vinyasakrama and Yoga Philosophy. He is a very good organiser and has successfully arranged several programs for me in UK. I wish him well in all his endeavours in the field of Yoga.”
~ Srivatsa Ramaswami

“Steve Brandon from UK underwent the 200 hr TT program several years ago at LMU. He also attended my programs in Chicago and then in New Delhi India. He has been teaching Yoga for several years and his Harmony Yoga has been successfully functioning for 10 years now. He judiciously combines his yoga knowledge with his Ayurveda background and makes himself doubly useful to his students/patients. He has arranged programs for me in UK for several years. He was keen that I should teach in the UK several of the subjects taught by my Guru. I have been able to teach Hatayogapradipika, Samkhya Karika, Yoga Sutras and the Bhagavatgita. As this would be my last trip to UK for doing long extended programs, I wish to thank Steve for affording me the opportunity to teach these subjects for his Harmony Yoga. He not only organised these programs meticulously but also brought in very dedicated and keen participants.”
~ Srivatsa Ramaswami 2015

“I have known Steve since September 1999. He was very taken with Viniyoga, and went on to study extensively with me. Thus he has had many individual sessions over the years, as well as attending group classes, and Viniyoga Study Programmes. He completed an Introductory Course (5 days), a Foundation Course (10 days) and then the 4 year Practitioner Programme with Paul Harvey. Steve is an unusually dedicated practitioner who really loves yoga – he is absolutely committed to his own practice and continues to develop and explore yoga. He has worked with one of TK Krishnamacharya’s students, Srivatsa Ramaswami with whom he explored Vinyasakrama as taught by Krishnamacharya. I have no doubts about Steve’s abilities as a teacher. He is organised, diligent and a good communicator with a passion for the subject. Steve has been thoroughly trained and continues to develop and refine his knowledge. He is able to teach both therapeutically with appropriate modifications etc (raksana/cikitsa); but also in a more traditional and uncompromised way (siksana).”
~ Ranju Roy