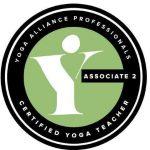 Louise’s introduction to yoga came at a youthful age with yoginis Mum and older sister in the home. During her early working life, Louise went to classes in local gyms and only acknowledged the physical benefits of yoga. It was not until her move to Ireland in 2008 that Louise began to explore yoga inside the body – triggering an awareness and experience of the connection between mind and body through breath. 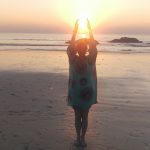 Louise is passionate about teaching Chair Yoga to those with limited mobility to provide them with the benefits too of Yoga. These students are the most profound teachers of resilience and empowerment.  Chair Yoga trainings have been with Yoga Vista Academy, Claire Osborne, Irish Yoga Association, Yoga Therapy Ireland, LV Chair Yoga and Accessible Yoga.  She is delighted to now be co-teaching on Claire’s Chair Yoga course.

Louise is intrigued by Ayurveda (the ancient science of health and well-being) and has covered courses with David Frawley (Vedanet) and Stephen Brandon.  This is as part of an application of Yoga as a therapy.   Bringing Ayurveda into her everyday diet and lifestyle has enhanced the awareness of a more holistic and pleasant way of living.

Classes with Louise at The Ananta Yoga Studios