Yoga and Jyotish – A Saturday Workshop with Marianne Jacuzzi on 7th April!

Marianne Jacuzzi returns to The Ananta Yoga Studios on Saturday 7th April bringing with her – an amazing energy, infectious enthusiasm,  wisdom and deep roots in traditional yoga.  For those of you who missed out on Marianne’s Shakti Rasa Workshop at The Ananta Yoga Studios, Wicklow in December,  – or could not get a space – and students who attended in December and love what Marianne does – this is a great opportunity to explore the Shakti Rasa practice whilst also being exposed to the wisdom of Jyotish and Vedic Astrology – all rolled into one full day of workshops!  Full details below & spaces are filling up fast since going live on our facebook page @ anantayogawicklow.  Bookings/Enquiries to Liz Richards 086 8963425 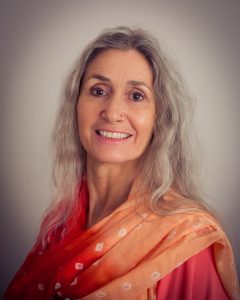 A Workshop in the Science of Light
With Marianne Jacuzzi 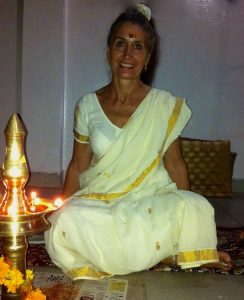 INTRODUCTION
We are delighted to welcome Marianne Jacuzzi back to our studios for the second time in 6 months! For those who missed Marianne’s last Shakti Rasa workshop at The Ananta Yoga Studios in December – or missed out on a space – this is a great opportunity to explore the Shakti Rasa practice in conjunction with Jyotish and Vedic Astrology under Marianne’s expert guidance.

ABOUT
The unique pattern of vibrations which is YOU belongs seamlessly to the cosmic dance of planets and stars. Knowledge of this reality gives power. As your destiny unfolds through time, you participate both consciously and unconsciously in the shaping of karma. Which way to go? What to do? Why this suffering? How to cope? When will things change? Where can I find peace?

Jyotish, the science of light, is a powerful tool that can illuminate your path, enhancing your life with its many insights and helping you realise your highest purpose on this earth plane.

This workshop includes a full practice of Yoga and an introduction to Jyotish. Both rooted in the ancient Vedas, Yoga and Jyotish complement each other. Whereas Yoga aims ultimately for transcendence of time and space, Jyotish understands our journey through time and space as meaningful and aims to enrich it.

The day begins with a strong morning practice of yoga asana, pranayama and meditation, in the Shakti Rasa style that Marianne developed. Shakti Rasa incorporates deep awareness of the breath through both flowing sequences and held poses. Yoga practice invites us to open our hearts to the light, clearing our minds, invigorating our bodies, and uplifting our souls. It prepares us to listen deeply.

The afternoon session will introduce the fundamentals of Jyotish, explaining how Jyotish relates both to Yoga and to enhanced living. Understood and practiced together, Yoga and Jyotish enrich life with greater insight, clarity, empowerment, hope, equanimity, abundance and joy. The day will conclude with restorative yoga, deep relaxation, and plenty of time for questions.

We hope you can join us!

MARIANNE JACUZZI
Marianne Jacuzzi leads yoga retreats and workshops around Europe, and teaches philosophy for various teacher-training courses. She founded Seven Winds Yoga and Jyotish in Dublin, where she has taught since 2000. A spiritual counsellor and Vedic astrologer, she reads charts and gives consultations, assisting others in understanding the unique karmic forces active in their lives and channeling that power to realise their highest potential.

After teaching for years in the Ashtanga, Iyengar and Sivananda traditions, her personal practice evolved into her own approach, called Shakti Rasa, a fluid style that incorporates breath and meditation into powerful asana work. Along with Shakti Rasa, she teaches the Vinyasa Krama sequences of Krishnamacharya as transmitted through Srivatsa Ramaswami. Her classes also include pranayama, chanting, and meditation.

For years, she studied in India with Sri K. Pattabhi Jois and other traditional yoga masters. She is Yoga Alliance certified at the highest level: E-RYT- 500 and is also a Yoga Alliance continuing education provider: YACEP.

Marianne’s practice began nearly fifty years ago in San Francisco, where she was born and where– while still a schoolgirl– she began meditating with Maharishi Mahesh Yogi. She studied Eastern philosophy at the University of California, Berkeley. Initially, yoga was for her an entirely spiritual practice, though her background in dance led soon to asana too.

With Buddhist priest and scholar David Brazier, she studied Buddhist psychotherapy in the UK. With eminent yoga scholar Georg Feuerstein, she completed over a 1000 hours of course work in yoga philosophy. She qualified as Jyotish Kovid with the Council of Vedic Astrology after mentoring with Dennis Flaherty and other Jyotish masters, both Western and Indian. She has a BA and an MA in English Literature from the University of California, and published a novel, Blood Memories, in 2008.

In 2003, she met her guru, Ramesh S. Balsekar, who accepted her as his disciple. Until his mahasamadhi in 2009, she travelled regularly to Bombay to the satsangs he gave from his flat. His teaching of Advaita Vedanta, so profound and yet so simple, transformed her. The wisdom of Ramesh informs her teaching, her practice, and her personal life. A lifetime of seeking found its resolution at the feet of Ramesh, and to him she is eternally grateful.